Well that didn’t last long did it. A deal which it took members of the Conservative cabinet two years to strike was trashed by the EU in as many weeks. This is what happens when you have a UK government which is more interested in negotiating with itself about an unrealistic fantasy of Empire 2.0 than in dealing with the realities of the UK’s status as a middle ranking European nation which needs friends and close allies in order to survive and prosper.

It’s a bit like if you and your significant other have a long and protracted argument about buying a Nessie farm. You fall out over whether to have the ponds in stables attached to the house, or in a separate building. One of you spends weeks sleeping on the sofa, and huffing every time the other comes into the room. At dinner, you tell the cat to ask your partner to pass the salt. Eventually you and your spouse come to a torturous agreement with one another, and decide on premises which are magically suspended in the air. You want your own part of the property to have six en-suite bedrooms, set deep in the countryside with stunning views over St Kilda from a hilltop near Pitlochry, and superfast broadband that also allows you to teleport to Glasgow and Edinburgh.

Then you go to the bank for a mortgage and tell them that you don’t want to spend more than what it would cost to buy a 1998 Ford Fiesta. However as a sweetener, you can put down a deposit of 37p, a 5 eurocent coin that you found down the back of the sofa, a voucher offering 20% off a purchase of a family sized bucket of chicken from KFC, and a collection of dog-eared Oor Wullie albums with several pages missing, all of which date to long after the death of Dudley D Watkins when they got a bit crap. You make sure to tell the bank that they depend on your custom. Then you get all annoyed when you’re turned down, and you blame it on foreigners.

To everyone who knows that you can’t buy Nessie farms, even Nessie farms which have the crappy 2mb broadband that much of rural Scotland suffers with, EU chief negotiator Michel Barnier’s refusal to countenance Theresa May’s Chequers plan comes as no surprise. To supporters of Brexit however, it’s all just part of a vile EUSSR plot to do Britain down, one which is aided and abetted by treasonous non-believers in Nessie farming who form a traitorous fifth column of elitists within the UK. That would be folk like me then. I plan to spend a part of my elitist day elitistly shopping in Morrisons in Easterhouse before returning to my elite flat up an elite close in the East End of Glasgow, that well known nest of the global elite. That’s how crazed British politics have become, merchant bankers, millionaires, Eton-educated indolents with a sense of entitlement the size of a planet, hedgefund managers, and stockbrokers tell ordinary people that they are challenging the elite. Brexit hasn’t just removed a grounding in reality from the British political system, it has destroyed any semblance of common sense.

Brexit has produced so many surreal moments, but surely one of the most surreal is the likes of Eton educated millionaire hedge fund managers such as Jacob Rees Mogg characterising the likes of a working class comprehensive school educated blogger from the East End of Glasgow as a member of an out of touch elite. There’s fake news, and then there’s standing reality on its head. But then the British state these days is the leading exponent of the politics of the demented, and there’s some pretty stiff competition globally.

To seriously put forward a no-deal Brexit as a sensible, indeed desirable, policy is a sign that the British political establishment has become completely unhinged. So unhinged in fact that a Nessie farmer could slag it off for mythological thinking. The fact that a no-deal Brexit is even being considered is a symptom of the terminal illness that afflicts the UK political system. The UK is a state which has been unable to come to terms with the fact that it is no longer a global superpower, no longer the possessor of a huge empire, no longer capable of asserting its might on the rest of the world. It is a state that spends its days in an incontinent reverie, daydreaming of glories long past, glories that only ever benefitted a tiny proportion of the population.

Not so long ago, it was the opponents of Scottish independence who claimed that the independence movement was based in magical thinking, in romantic fantasy, and in unrealistic expectations. Now we know that is really a property of British nationalism, not its Scottish variety. Scottish nationalism does indeed dream, but its dreams are about looking to the future, not to the past. And it is founded in a realistic view of Scotland as a small European nation which must build friendships and alliances. 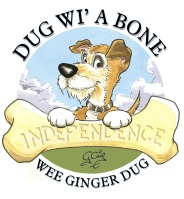 It’s that time of year again. It’s been a year since I last did a fundraiser. This year is going to be a particularly expensive one for me personally. There’s a wedding to pay for, and I need to ensure that my earnings are sufficient to prove to the Home Office that I am able to import my American spouse into Scotland to live here permanently. As well as the need to demonstrate a minimum level of annual income, £18,600, there are also hefty legal and visa fees to pay.

I really don’t like doing fundraisers, and I really don’t like to blow my own trumpet, but I work my wee socks off for the independence movement. I publish this blog, and I do talks to local indy groups all over Scotland without asking for a fee. Don’t get me wrong, I greatly enjoy it. It’s a huge privilege to meet all the wonderful, talented, and committed people who make the Scottish independence movement something really special. However it takes up a lot of time and energy to keep blogging and doing public talks, time and energy that I could be using to generate an income to prove to the Home Office that I am able to support my American spouse.

The truth is that if every regular reader of this blog gave just one pound a year, I’d be pulling in well over £100,000 annually. Unfortunately it doesn’t work like that. Publishing and selling books and maps helps, as does selling t-shirts, but it’s pretty hit and miss. I do get paid by The National for my twice weekly articles, but that doesn’t pay anything like as much as you might think it would. In order to be confident that I can meet the minimum income requirements demanded by the Home Office, cover the cost of a wedding on both sides of the Atlantic, and cover the fees required to pay the visas and associated legal costs, I need to do a fundraiser for £10,000.

Any help you can give would be immensely appreciated. Help me to keep campaiging, and help me to show that Scotland is a welcoming place for migrants – at least one special migrant in particular, the man I’m going to marry in October.

You can donate by clicking the following link and donating on my Gofundme page.
https://www.gofundme.com/wee-ginger-fundraiser

Many thanks for all your support. You’ve no idea how much it means to me.

If you have trouble using the button, or you prefer not to use Paypal, you can donate or purchase a t-shirt or map by making a payment directly into my bank account, or by sending a cheque or postal order. If you’d like to donate by one of these methods, please email me at weegingerbook@yahoo.com and I will send the necessary information. Please also use this email address if you would like the dug and me to come along to your local group for a talk.