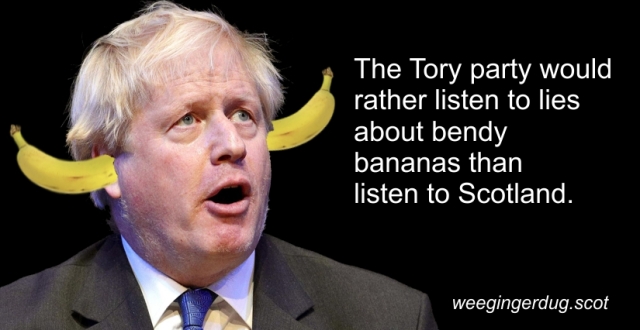 The usual blog article begins after this message while the annual crowdfunder is running. Sorry for the intrusion. Your support for the Wee Ginger Dugfunder is immensely appreciated. All donations large and small are welcome, yet if you are unable to donate that too is fine. Everyone will continue to enjoy full and unfettered access to all the contents of this blog.

There are a number of ways to donate. You can use the PayPal button on this page. you don’t need a Paypal account to use the donate button. If you don’t have a Paypal account, just select “donate with card” after clicking the button.

Alternatively you can make a PayPal payment directly to weegingerbook@yahoo.com, or you can click the following link to GoFundMe where credit and debit card donations are accepted.
https://www.gofundme.com/wee-ginger-crowdfunder-2019

If you would prefer to donate by cheque or some other method, please email me at weegingerbook@yahoo.com for details.

Many thanks in advance. Both me and the dug appreciate all the support and love.

We’ve finally got down to the final two Conservative leadership candidates. There were two ballots of Tory MPs today. In the first of them, the curse of Ruth Davidson’s winning saw her preferred choice, Sajid Javid, drop out in fourth place. So very much like her party in the European elections in Scotland. Then she switched her support to Michael Gove, who had unexpectedly slimed his way into second place in today’s first ballot, narrowly beating Jeremy Hunt. So that spelled doom for Gove’s campaign. Once you get touched with Ruth’s winning you end up like the Scottish fitba team and some dodgy refereeing. So much winning! Ruth is full of win! Which is absolutely correct, as long as you remember that there’s a silent d at the end of that last word.

And so it came to pass. In the final vote Jeremy Hunt outslimed Gove, meaning that he’ll be in the final two along with Boris Johnson who will be voted on by Conservative party members.  Boris Johnson took over half the available votes, getting 160, Jeremy Hunt took 77, and Michael Gove was on 75.  Gove’s supporters are already accusing the Johnson campaign of underhand dirty tricks.  Which is a bit like being accused of shoplifting by one of the great train robbers.

So the next Prime Minister of the UK will either be a man that people call the C-word by mistake, or a man they call the C-word on purpose. There’s a lot of focus, quite rightly, on how awful Boris Johnson is. But let’s not forget that Jeremy Hunt trashed the NHS in England, then became a lacklustre foreign secretary mainly because the Prime Minister was so weak that she couldn’t sack him, and now he’s up for becoming PM himself. Never in British politics has failure been so well rewarded, with the possible exception of Michael Forsyth.

It was all over the Scottish press that Ruth had switched her support to Michael Gove, as though somehow her backing meant that she had some influence on the outcome. Actually she did, just not in the way she was hoping for. Ruth Davidson is turning into the John McTernan of the Conservative party. Whatever she predicts, the opposite comes to pass. When she announces that she’s throwing her weight behind Jeremy, Corbyn is going to crap himself.

Ruth has as much real influence in this contest as the people of Scotland do – her opinions are entirely ignored by the 13 Scottish Tory MPs. Ruth’s fulsome support of Michael Gove lasted until just after 6pm when he lost out to Jeremy Hunt, who will become Ruth’s new golden boy. Ruth will then work a miracle, and prove that you can indeed tarnish gold. Then having worked her anti-magic on Jeremy’s chances, Ruth will switch to gushing praise for Boris Johnson after he beats Jeremy in the poll of Conservative members and will assure one and all in the Scottish press pack that she always thought that Boris was a great candidate and will make a wonderful Prime Minister. Boris will then turn out the worst Prime Minister in the history of the UK, even though he’s up against some pretty stiff competition.

None of the candidates for Conservative leader and next Prime Minister will be good for Scotland. Michael Gove has said that under no circumstances will he facilitate another Scottish independence referendum. So forget about voting for pro-independence parties in Scotland, forget about ever giving anyone an electoral mandate for an independence referendum. Michael Gove has just told you that he’ll be the judge of that, and he’s already decided no. British democracy eh, except for viewers in Scotland.

He also said that he will, “Secure a Union guarantee in international law so that our United Kingdom cannot be undermined.” You can be certain that neither the Scottish Parliament nor the Scottish people will be consulted on the form of this guarantee. It will be imposed upon us. Remember all that stuff from Better Together and the Westminster parties during the independence referendum that no future Westminster government would ever make any changes to the devolution settlement without the express consent of the Scottish Parliament? Well, they lied to us.

It doesn’t matter that Gove has failed to get through to the next round. He failed in part because Boris Johnson supporters voted tactically for Jeremy Hunt, and in part because he’s slimy and untrustworthy. But the two who succeeded are just as determined to ignore Scotland even though they know that the unity of the UK rests upon a very shoogly peg. Jeremy Hunt has also said that he’d not permit another independence referendum. Meanwhile Boris Johnson said, Vos numquam auscultabo, Caledones perpusilli. Musae cavendishii inflexae fixae sunt in auribus. Which is Latin for, “I will never listen to you Scottish dwarfs. There are bent bananas in my ears.” The Tory leadership would rather listen to made up stories about bent bananas than listen to Scotland.  And this guy is the favourite for becoming the next Prime Minister – of Scotland as well as the rest of the UK.  If, as seems likely, Boris Johnson wins the leadership, it will be the first time that the UK has had a racist Conservative leader since the end of last month.

The Tories are hell-bent on going full-on Partido Popular and ensuring that Scotland has no choice, no freedom of decision, and will never be allowed to ask itself about its position within the UK. It’s a profoundly undemocratic position to take, but then this is the Tory party we’re talking about here. This entire leadership contest is an exercise in anti-democracy. Scotland is about to get a Prime Minister that no one voted for, leading a party that Scotland rejects, whose main goal is to impose a policy that Scotland doesn’t want, all while telling Scotland that it’s not allowed to ask itself any questions about what the hell it’s doing as a part of this dysfunction.  They’ll find that the people of Scotland will pay as much heed to them as they do to us.

45 comments on “Bent bananas in the ears”