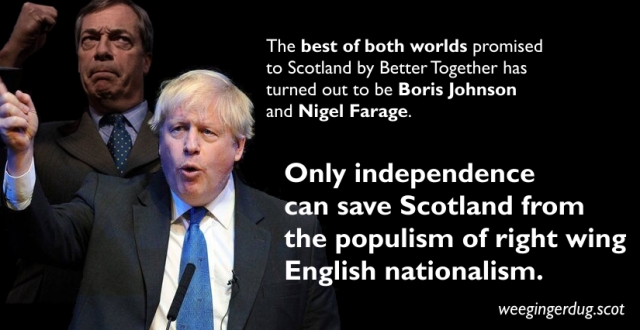 Theresa May has gone. Sort of. At least she has removed the sofa that was barricading the door to Number 10 and arranged a date for the removal van. The she strode out of that door to the inevitable podium, and without a hint of irony or self-awareness spoke about the need for compromise in finding a solution to Brexit. If she’d done that when she became Tory leader then perhaps she wouldn’t have needed to make that speech at the podium.

The speech was a masterclass in lack of self-awareness. She quoted Nicholas Winton, who organised the Kinder Transport that saved 669 mostly Jewish refugee children from the Nazis just before WW2, saying that he had taught her that life depends upon compromise. Clearly she had heard his words but hadn’t understood them, she had learned of his deeds but refused to put them into practice herself, instead preferring to institute a hostile environment for migrants and to place restrictions on the passage of unaccompanied minors from the refugee camps near Calais. Nicholas Winton forged documents in order to bring those child refugees to the UK. If Theresa May had been Home Secretary at the time, she’d have put him in jail. Even as she announced the end to her time in office, her rank opportunism and hypocrisy was breath-taking.

But most of all, we are told to feel compassion for Theresa May because at the very end of her resignation speech her voice cracked and there were tears in her eyes. Tears for herself. Tears for her own career. Tears for how she will be remembered for what she herself has done. Sorry, but no. The compassion should be reserved for all those whose lives have been blighted by the worst British Prime Minister since the one before, the worst before the one to follow. We’re going to need a lot of compassion, it’s too precious to waste on a self-serving careerist who is the victim of her own arrogant intransigence. We’re all citizens of nowhere in the eyes of Theresa, and we have no sympathy to waste on her.

Theresa is going, her failures have left us in an uncertain and fearful place where we laugh at dairy products being thrown over the demons of our nightmares because the alternative is to weep silently or rage in the darkness. If the best weapon that we have against fascism is a milkshake then we’ve already lost. The UK feels more dangerous, more precarious, than at any time since WW2. The forces of right wing populism are on the rise, facilitated by the failures of that same British political system which told Scotland it was the only guarantee of moderation and stability.

The gurning grinning face of Nigel Farage is never off our screens and when we look at him we see the image of the Conservative party that will follow this Prime Minister. We hear the cries of betrayal, of treason, of traitors, of enemies of the people, of national humiliation. We see the scapegoating of minorities, the migrants, the poor, the disadvantaged, and we know that this never ends well. It ends with a Nicholas Winton and desperate attempts to save a handful of children from the oppressive madness of organised cruelty.

Whoever succeeds Theresa May will be another opportunist who seeks to ride the anger of that Farage has so successfully stoked up, and who will seek to reshape the Conservative party as the party of the Brexit extremists. We’ll soon be getting to the point where it will be easier to list those Tory MPs who aren’t standing for the leadership than those who are. Even no-marks like the Brexcrementalist Steve ‘Bulldoze Parliament into the River’ Baker have said that he is running for leader because he has heard calls for him to get in the race. He must have abysmal hearing. I heard it as “get in the sea”.

Boris Johnson has many critics and opponents amongst Conservative MPs, but he’s the runaway favourite amongst the party membership who will make the final decision. That membership won’t look kindly upon MPs who conspire to block Boris from the final two who will be put to the membership. We’re now facing the very real possiblity of a Prime Minister Boris Johnson and a no deal Brexit, the absolute worst possible scenario.

In 2014 Better Together promised Scotland the best of both worlds if it voted against independence. We’d have stronger, better, safer devolution, combined with the stability and international reputation of the UK. Instead we’re getting a devolution settlement that’s being undermined, a British government which has taken it upon itself to rip up the Scottish Claim of Right, a chaotic and sclerotic political system whose greatest strengths have turned into its biggest weakness, and now we have the frightening prospect of the economic disaster of a no deal Brexit combined with a Prime Minister who openly panders to the worst aspects of right wing English nationalism and who is despised and reviled by European leaders, an international laughing stock. Best of both worlds has turned out to be the threat of Boris Johnson as Prime Minister with a gurning Nigel Farage looking over his shoulder.

And yet we’re asked to show sympathy for a hypocrite who only ever managed to show some emotion for the loss of her own power. Theresa May will go into retirement as a rich woman, she will continue to enjoy a life of privilege. The rest of us face uncertainty, fear, and the prospect of a precarious and meagre existence. If this is the best of both worlds then we must live in a universe of despair.

There has never been a stronger argument for Scottish independence. Independence is no longer something that’s merely desirable, no longer something we need in order to make this country a better place. Scotland needs independence in order to save itself. We need to make that decision, soon. Otherwise our future is as a neglected and discontent northern province of a rampant right wing English nationalist state.

Apologies to everyone who went to the Yes Glasgow and West event in Glasgow today (Saturday 25 May) expecting to see me talk along with Craig Dalzell and Paul Fletcher. Unfortunately I’ve done my back in and couldn’t make it.

30 comments on “The best of both worlds”